Wakil Singh is a drug addict from Tilak Vihar, Delhi. His father died in the 1984 Sikh Genocide in India. Wakil was only 5 months then. His father was a government employee. His mother got his father's job on compensatory grounds. After 10 years his mother too died of T.B. leaving him alone. In depression, Wakil started taking drugs along with other young boys of the locality. Today some of his old drug-addict friends are dead and even he knows that he also will be dead soon. Kind neighbours feed him everyday. Tilak Vihar in New Delhi is called the widow colony. Widows and children of the Sikhs who were killed in 1984 Sikh Genocide live here. Four thousand Sikhs were killed in 72 hours in Delhi alone but no body till date has been punished for such an inhuman crime. Illiteracy, drug addiction, child labour and immense poverty characterize the area. Twenty five years ago all the male family members above the age of 15 were killed and burnt, leaving their uneducated widows and children behind to suffer, even after 25 years. The present generation is jobless, steeped in alcoholism and have lost their directions in life. November 2009. New Delhi, India, Arindam Mukherjee 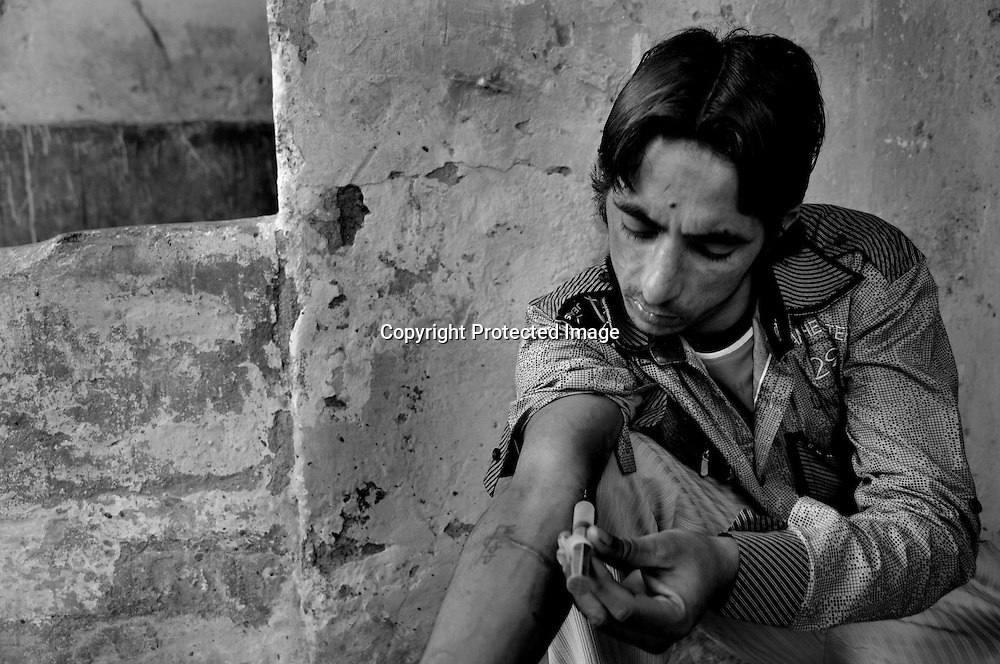