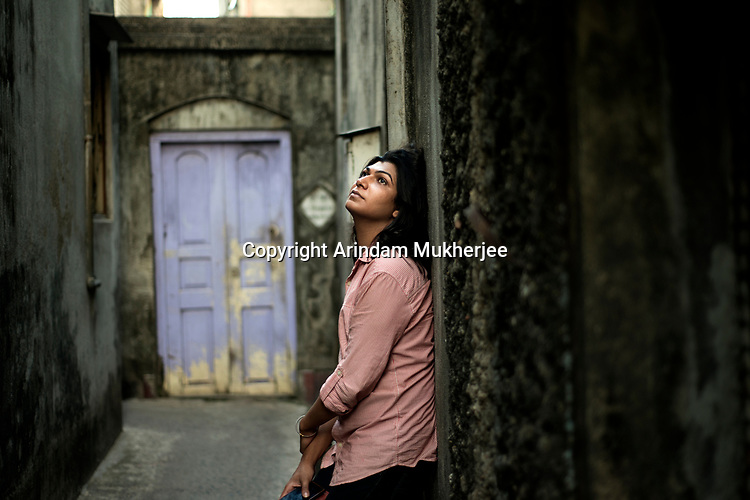 Dipmalya (Diya) - Diya’s own life story is a narration of how human beings treat a transgender. Born as a boy, a young Diya was physically assaulted by a near relative for his effeminate nature. He had to undergo an operation and was confined to bed for six months. His battles with the society were not yet over as he was molested at school. Diya was disappointed by his parents too when he turned to them for support. He cut himself off from his kin, even during family gatherings, for fear of being judged.
Diya confided all his thoughts and fears in a doll, Guddu. He showered all his love and care on his playful spitz, Whitey. A few years later, a chance encounter with Saswata at a Kolkata theatre was the beginning of a happy relationship. Saswata’s love for Diya has helped him to regain his confidence of facing the world.
Arindam Mukherjee
All images are copy righted. Please do not use any of these images without permission